WHAT TO DO WHEN YOU DON’T GET THE FREELANCE JOB YOU WANTED.
 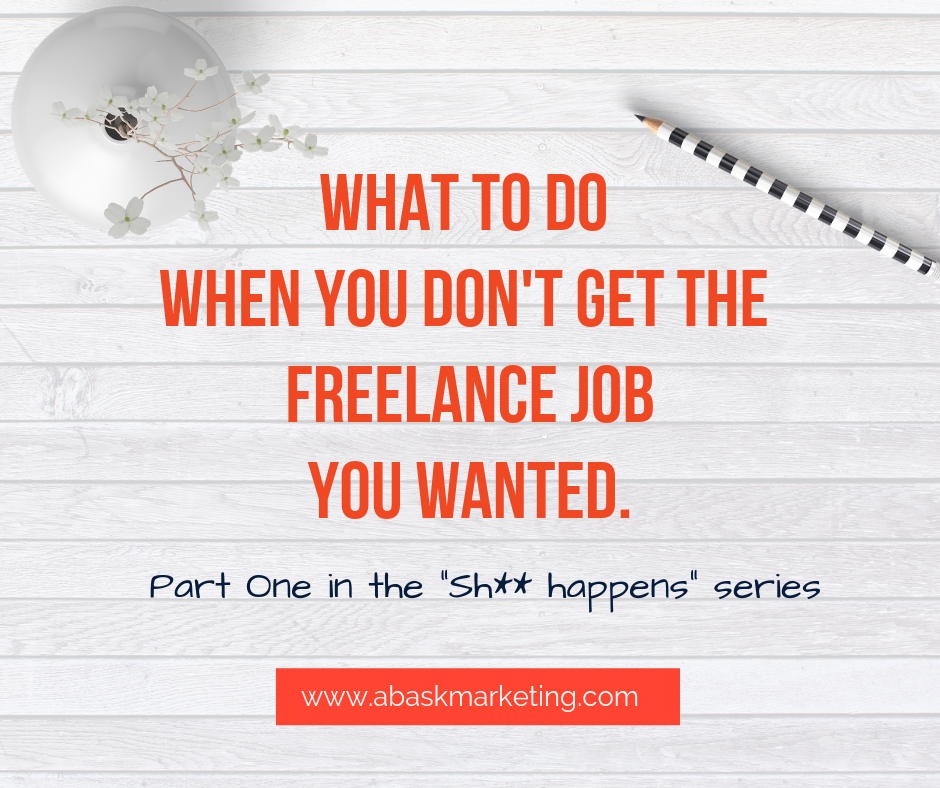 WHAT TO DO WHEN YOU DON’T GET THE FREELANCE JOB YOU WANTED.

Every successful freelancer has also, at some time, been a freelance failure. I know, I know, you’re all like, “What? It’s not just me?” Nope, it’s not just you. Believe it or not, even I have been the screwer upper of a thing or two.

It sucks, and as much as I would love to say “With the right preparation, it won’t happen to you,” that would be bananas. It will happen to you, probably more than once. So, I decided to put together a series of posts that will help you to deal with the common ways that freelancers fail, look at how to avoid these pitfalls, and discuss the ways to get back on track.

Today, let’s look at a very common failure. In fact, it’s so common that sometimes, it’s not at all a failure, but that doesn’t make it any less difficult to deal with.

Freelance Failure #1: You don’t get the contract

Almost half of deals are lost because of budget. Twenty-five percent are marked closed-lost because of timing. Lack of authority, time to review, and urgency are the third, fourth, and fifth most common reasons, respectively. (HubSpot)

Now, we are considering the failure to be after you submitted the proposal. This is the failure of a negative response or no response at all. Not even getting to the proposal stage is an entirely different failure.

Let me make this very quick and easy for you: If every proposal you send out gets signed, you are pricing yourself too low. Think about it: if everybody you provide a contract to can afford your services, something is not right. Now, it could be that is your method. I know of a company that offers web design and development at incredibly low prices, but they make their money on the hosting fees you have to pay every month as long as you want that website. Most people don’t even see the ongoing monthly hosting fee on the contract and sign quickly. Incidentally, if you can find a method like this for your business, I would say go for it. It’s not unethical in my opinion (everything is written in the contract) and it works.

I have a closing rate of about 20%, which is higher than the average, probably because I’m only sending out about two per month. (FYI: construction companies have a closing rate of less than 10% and recruiters have a closure rate of less than that.) I find that many contracts close within one month and the work starts almost immediately, but about 1 in every 20 proposals that I send out close much later. Sometimes even years.

How to get over this failure?

1. Move on quickly.
Set up a sales process that includes an hour a day (minimum) working on your sales process. This will keep you spread thin enough to not obsess over each proposal you send out. Included in the sales process should be time to follow-up (emails and phone calls), and you should limit the amount of follow up emails and phone calls so that you aren’t bugging the prospective client. Quick tip: always call and then follow up with an email rather than the other way around. If you warn a prospect that a phone call is coming, they probably will not pick up!

2. Make sure your proposals have everything that’s needed and that it’s all presented in the right order.
Remember what the client wants to know is more important than what you want to say. They want to know the cost, the timeline, the process, and why you are best qualified. Try not to be wordy (this is the pot calling kettle black – I am Wordy Mcwordisson – so I provide a table of contents that allows prospects to jump to what they want to know) and always provide relevant case studies. Make the instructions to sign and return the contract as easy as possible.

3. Look at the potential clients you are talking to.
Are you talking to the wrong people? Can they afford you? If you don’t know the answer to this, then take a look at their website. Is it basic? Do they have more than one or two employees? Look on LinkedIn: do they have a company page? If their online presence doesn’t show much, then they might not have the income to afford your services. Most businesses, when starting out, are still in absolute necessity mode and cannot afford anything “extra.” On the other hand, if their online presence is booming, perhaps they already have their copywriting covered and they simply don’t need you. If you are not sure that the people actually need your services, maybe you’re barking up the wrong tree.

You will have little failures in your quest to build a successful enterprise and that’s ok. The advice I give to you is the same I give to my kids: pick yourself up and brush yourself off, you have better things to do than wallow in self-doubt. Also, never talk bad about a client, no matter what happens. You never know when a door might open up again (as I said earlier, sometimes a proposal comes back signed months or even years later) and you can recover from a lot if you are well-liked or your work is exemplary. If you can’t guarantee the second, you’d better be sure about the first!

The End,
but it doesn’t have to be… 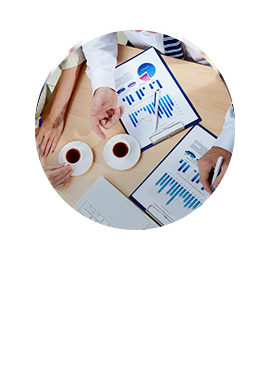 END_OF_DOCUMENT_TOKEN_TO_BE_REPLACED

Every writer should be in a mastermind group they love

Imagine having your own group of like-minded people. All at different stages, but basically aiming for the same target. All willing to listen and help each other. AND the best part of all is that none of them are pushing a course or making crazy promises to get you into the group. That, my friends, is a mastermind.

END_OF_DOCUMENT_TOKEN_TO_BE_REPLACED

DO YOU BACK DOWN TOO EASILY? A FREELANCER’S GUIDE TO NEGOTIATION

BECOME A FRIEND!
Get exclusive articles, ebooks, and announcements.

GET OUR BEST ADVICE FOR FREE! 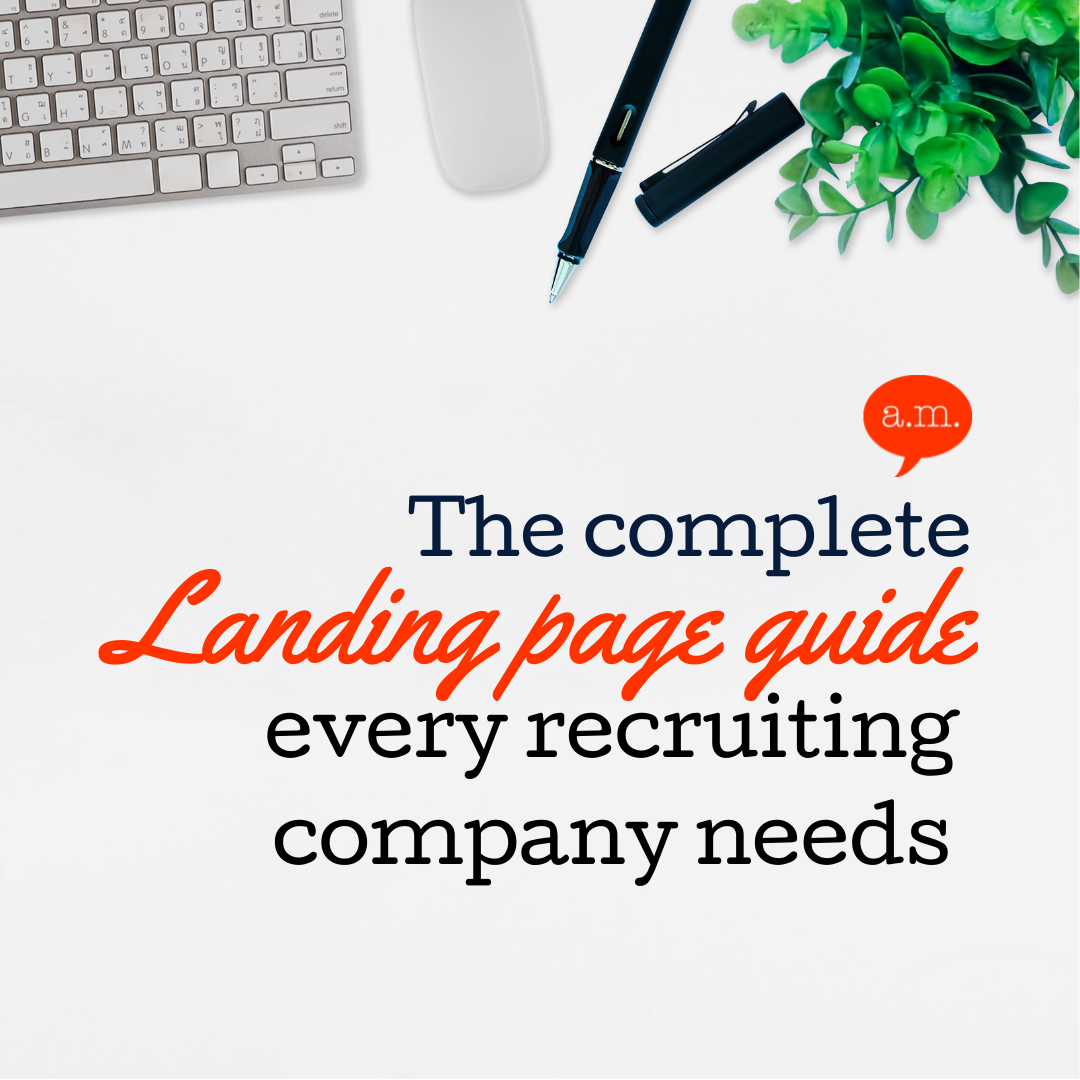 Landing pages are one of the best ways to increase your conversions on ads and specific services. Get tips tailored to recruiting companies! 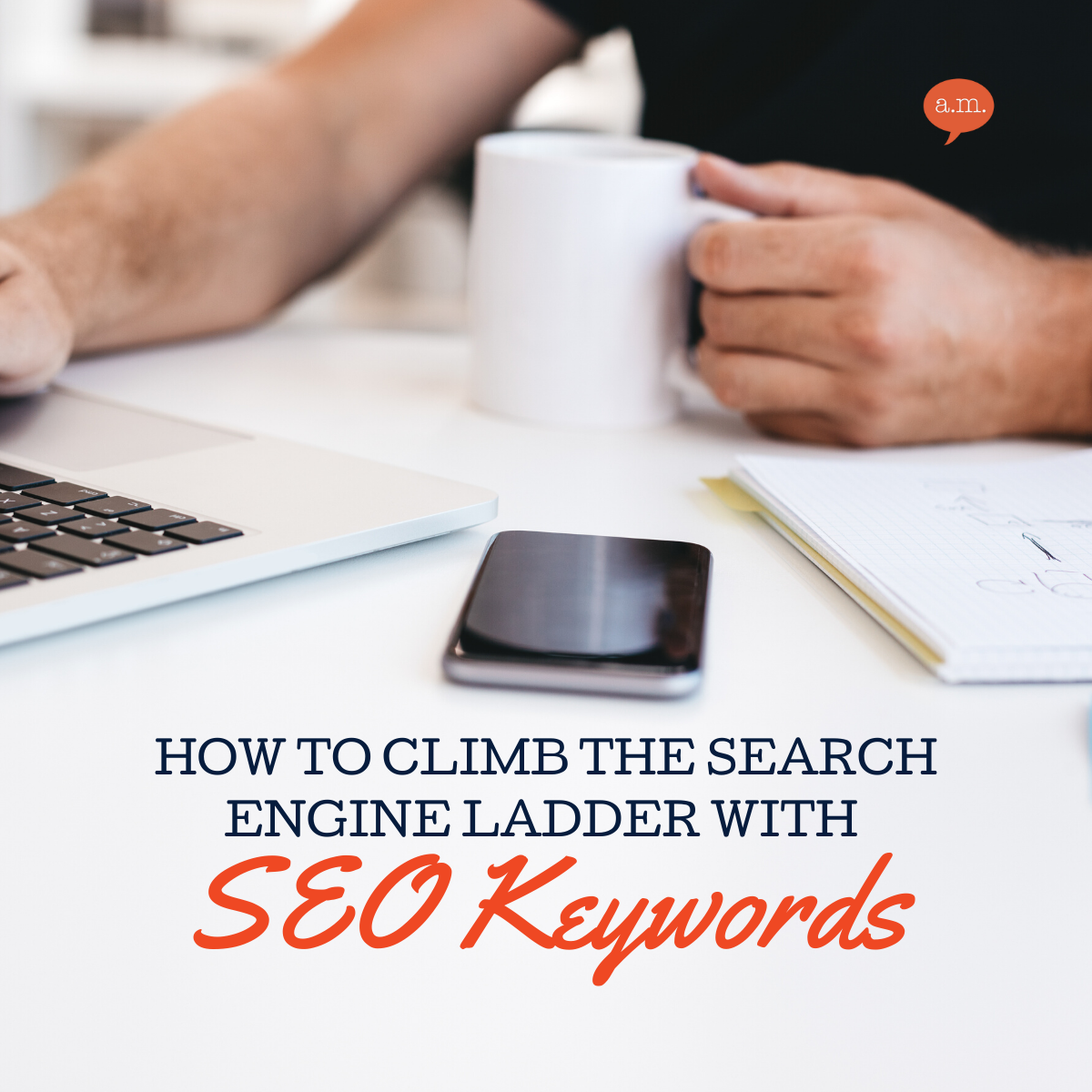 What are SEO Keywords, and how do they add value to your marketing strategy? We’ll give some examples to help you implement this tool.